So you can feel so close, yet so far.

It’s been a long, long year during which you and everyone you know did more video chat than they ever thought they would over a twelve-month period. Could you, at any point, think of a way video chat could be more in-your-face than it already is?

Google says the three major breakthroughs are the ability to capture people where they are using 3D imaging, move that data through existing networks at an efficient clip, and render the image in a three dimensional display (Google didn’t elaborate on this, but it’s not like they invented the three dimensional display, which already exists, and have traditionally been rendered using a series of mirrors).

Right now, Google’s technology only exists in a handful of Google offices around the world, and needs “custom-built hardware and highly specialized equipment” to work. In the announcement, Google says its goal is to make the product cheaper and more ubiquitious, and that it’s been conducting demos in healthcare and media.

To be fair, it is easy to imagine spaces where the tech could have some genuinely interesting applications. For example: A telehealth visit right now renders you, a patient, in two dimensions. A three-dimensional telehealth visit could (theoretically) give a doctor more visual information with which to diagnose a patient.

Needless to say, Google is far from the only company interesting in real-time 3D renderings. Over at MIT, they’ve been using deep learning to create real time holographic renderings on a smaller scale. A 2020 market research report projected (heh) that the digital holography market is expected to reach $5.4B by 2024. And cynical as we all might want to be about video chat — and our desire to do it as little as possible after a year where we seemingly couldn’t escape it — it (or the need for it) isn’t disappearing  any time soon. Here’s hoping, at the very least, that this technology disrupts the ability of our web cams to somehow render our worst, least photogenic angles. 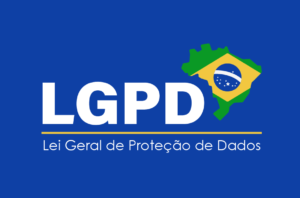